If you are searching for a special pitch for your tent, you can put your tent pegs into the historical ground and watch the sunset from the tower of the castle ruin.

The castle from the 12th century is the highlight of our camping site, which also accomodates the „Kultursommer Nordhessen“.

A brief history of Wallenstein 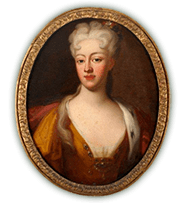 The village name Wallenstein is unique in the German-speaking area and has no connection to the imperial general Waldstein (Wallenstein) from Bohemia. The history of Wallenstein goes back to the 13th century, when the abbot of the free imperial abbey of Hersfeld tried to counter the strengthening landgrave with a “border fortress” in his western border district. To this end, he appointed the Count of Schauenburg, who had migrated from the Schauenburg near Hof west of Kassel, as a feudal man and caused him to build a castle, which was first mentioned in a document in 1223. In 1267 the von Wallenstein family founded their own castle seat in Neu Wallenstein (today Neuenstein) in the upper Geistal and became the hereditary tenant of the Hersfeld villages.

As a castle district, Alt-Wallenstein remains in the unrestricted possession of the Hersfeld villages, although with a few interruptions the von Wallenstein family also owns Alt-Wallenstein as a castle loan or usable pledge until the male line dies out in 1745. Important men in the history of Hesse came from the Wallenstein family: Simon II (1368 to 1434) entered Hersfeld with 18 gray stallions as the war captain of the Hersfeld abbot on the occasion of King Ruprecht’s court day in 1402. He and his entourage were dressed in white and caused a sensation in the great court camp and its guests from all parts of the empire. The king brought Simon to his table with special favors. Conrad II. (1448 to 1521) was Rittmeister in the Hessian contingent of the battles of Emperor Friedrich III. showed outstanding bravery against the Hungarians in the conquest of Stuhlweissenburg (Székesfehérvár) with the storming of the city wall. 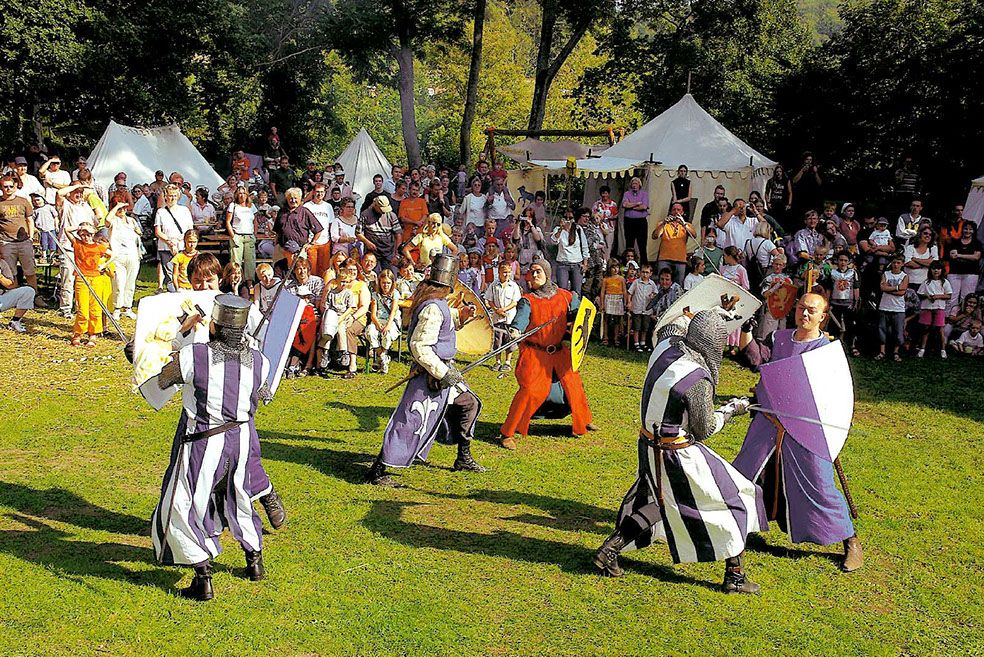 After a serious illness, the Hessian Landgrave Wilhelm II appointed Conrad von Wallenstein as regent of the Landgraviate of Hesse in 1506 because of his military services and political abilities. Hans III. was Marshal of Abbot Daniel von Hersfeld. Extraordinary documents report from 1485 about his legal disputes with the forest smith of the Neue Hütte (today Hüttenmühle) because of the outstanding iron interest. Forest smiths were versatile miners. They milled and produced charcoal, extracted the iron ore in the Knüll, melted it and processed it in their hut on the watercourse. With the help of a bellows driven by a water wheel, they increased the temperature of the furnace wax burner and thus achieved a faster and more productive reduction of the iron oxide of the ores to pure iron, which they produced and sold in rods. Hans appears in the smithy, there is a heated argument with violent arguments. The forest smith defends himself with a glowing iron rod, Hans drives this into a corner with his sword and finally sets him prisoner for a day in his castle dungeon. The forest smith filed a lawsuit against Hans von Wallenstein with the landgrave. The independent judicial districts of Wallenstein and Neu-Wallenstein remain under the sovereignty of the von Wallenstein as court lords as judicial and administrative districts until the 18th century, before they become part of the Landgraviate of Hesse. 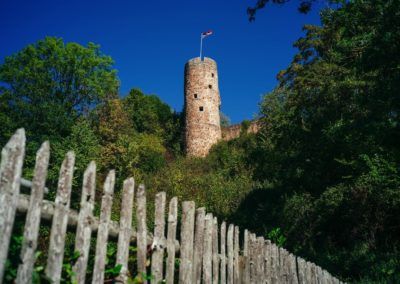 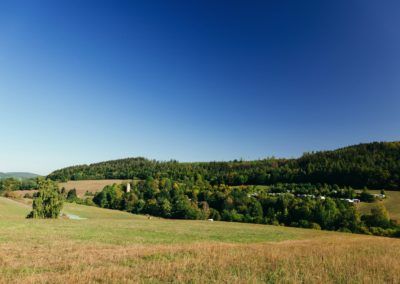 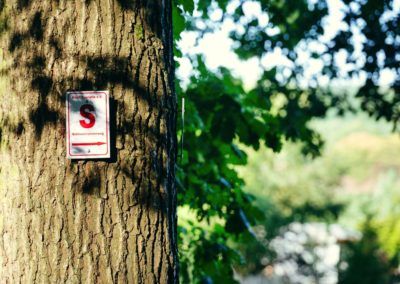 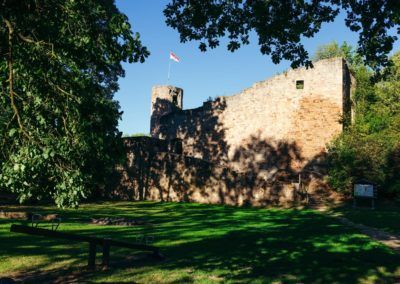 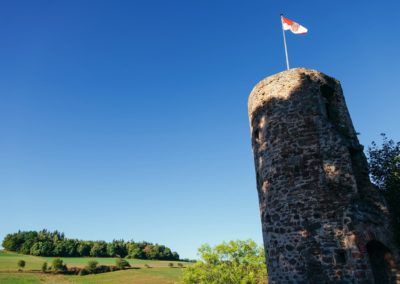 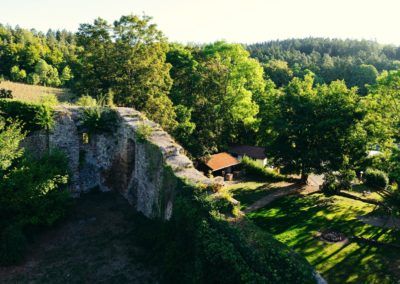 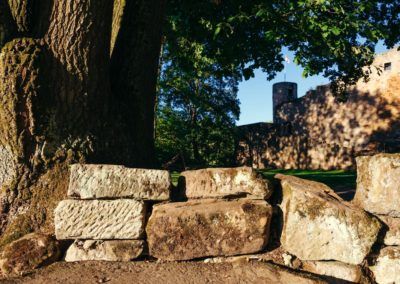 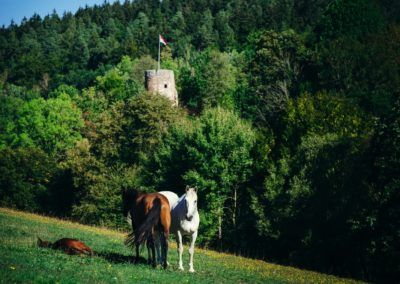 To the Campingsite
To the Restaurant
To the Cottage Hotel